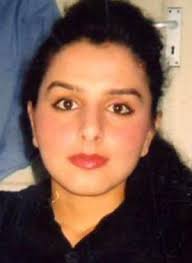 The Iranian and Kurdish Women’s Rights Organisation welcomes the news that the remaining two suspects in the Banaz Mahmod murder trial, Mohammed Ali and Omar Hussain, have been found guilty at the Old Bailey today.  Ali was sentenced to a minimum of 22 years and Hussain to 21 years.

Initially it was unclear whether the Iraqi and Kurdistan Regional Governments would hand Ali and Hussain over to the UK authorities, but they became the first suspects ever extradited to Britain from Iraq after sustained campaigning to bring them to justice by the London based Iranian and Kurdish Women’s Rights Organisation (IKWRO).

“Today marks a major step forward in the campaign for Justice for Banaz.  We would especially like to congratulate Detective Chief Inspector Caroline Goode and all of her team on their hard work in bringing Mohammed Ali and Omar Hussain to justice.  We would also like to thank all of the individuals and organisations in the UK and in Kurdistan whose enormous support enabled this to happen.”

“The extradition and conviction of Ali and Hussain sends out a strong message that there can be no safe havens for those who kill in the name of ‘honour’.  We call on all countries to protect women from this brutal practice and to ensure that all those who commit ‘honour’ killing face justice, where ever they are in the world.”

In January 2006 Banaz Mahmod was raped, tortured and strangled, and her body stuffed into a suitcase which was found buried under a Birmingham patio three months later.  Before her death Banaz had told police several times that her family were planning to kill her because she had fallen in love with Rahmat Suleimani, a man of whom they did not approve, but police failed to protect her.

“The Independent Police Complaints Commission ruled that two officers should be disciplined over the way they treated Banaz, but a disciplinary hearing was later called off.  IKWRO was unable to challenge this in the courts because of high legal costs and strict rules around who can apply for judicial review.  In honour killing cases, where the family is responsible for the murder, it’s important that organisations like IKWRO can still make complaints in the public interest” said Diana Nammi today.

“While strongly welcoming the successful prosecution of Ali and Hussain today, it is also important to learn from the failings in this case.”

GET ME OUT OF HERE!


If you are in immediate danger dial 999

IKWRO is a registered charity number 1151507 founded in 2002. We are committed to providing non-judgmental support to women who speak Kurdish, Arabic, Turkish, Farsi, Dari, Pashtu and English.

If you need help